by Aleksandar Urdarevik on July 09, 2020
Mike Perry is fresh off of a win, but is already looking for more trouble. 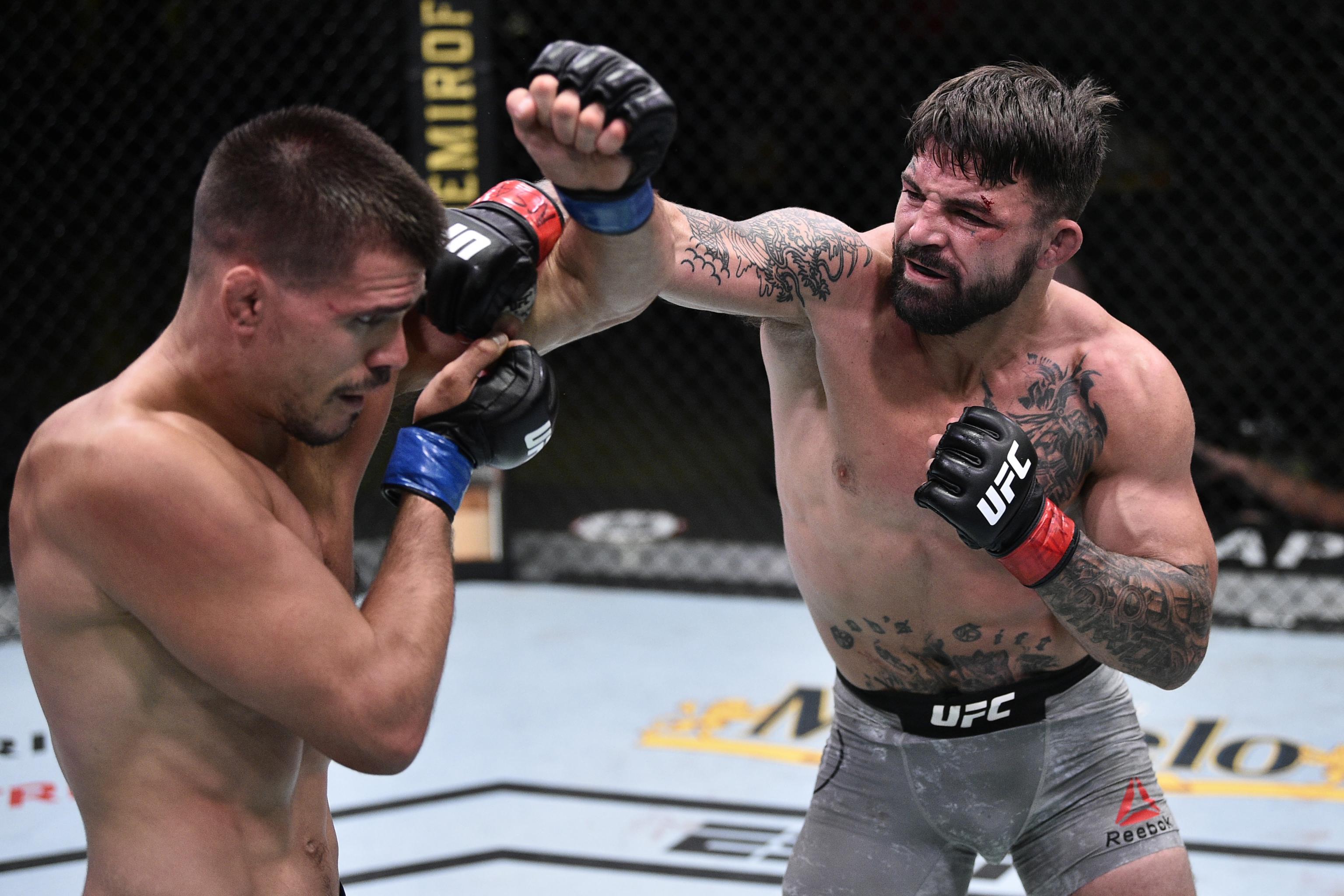 Mike Perry made headlines with a unanimous decision victory over Mickey Gall, which snapped Perry's recent skid. However, the excitement from the fight came from his corner, as Perry made a controversial move to replace his corner coaches with his girlfriend, Latory Gonzalez.

While this strategy proved successful in the ring, Gonzalez struggled to coach Perry as he dealt with requests to leave a restaurant on Tuesday.

As if in the octagon, Gonzalez threw hands at the elderly manager escorting him out of the restaurant. Perry swiftly knocks him out then proceeds to shout the 'N' word at the crowd that forms around him.

Words don't do this madness justice, check out the video as it originally was shared via Twitter:

Mike Perry in a bar fight last night over someone “touching him”.

This is pretty disgusting behaviour from a UFC calibre fighter. Acting like a complete child. pic.twitter.com/ZAuxZTtXtW


This outburst comes shortly after a series of interesting Tweets by Perry, which read as follows:

"I hope judgement day is coming. I hope all you filthy mouth losers burn in the shithole sewers of hell. All you will see, smell & hear is nightmares of vomit and feces drowning you for eternity. Your life sucks so you hate on beauty you will never have but it will only get worse"

"🔥 🤮 💩 👃 👁 👂 🔥
If you see us in public and you get too close, I’m gonna hit you. Social distancing says you gotta stay 6 feet away from us. You come in my bubble you getting Sparta kicked in the nuts and f*ckin stone cold stunnered bitch ! #DimMak 👊🏻"

"Please try me. I promise I will baptize you in the name of street Jesus !"

Who can say if Jesus would approve of Perry's actions, but for what it's worth, many fighters are probably on edge about physical contact given UFC's mandated COVID-19 protocols.