Paulo Costa can't Wait to Fight Israel Adesanya: 'I will hunt him down'

Paulo Costa hates Israel Adesanya, and he can't wait to get his fill in the Octagon at UFC 253. 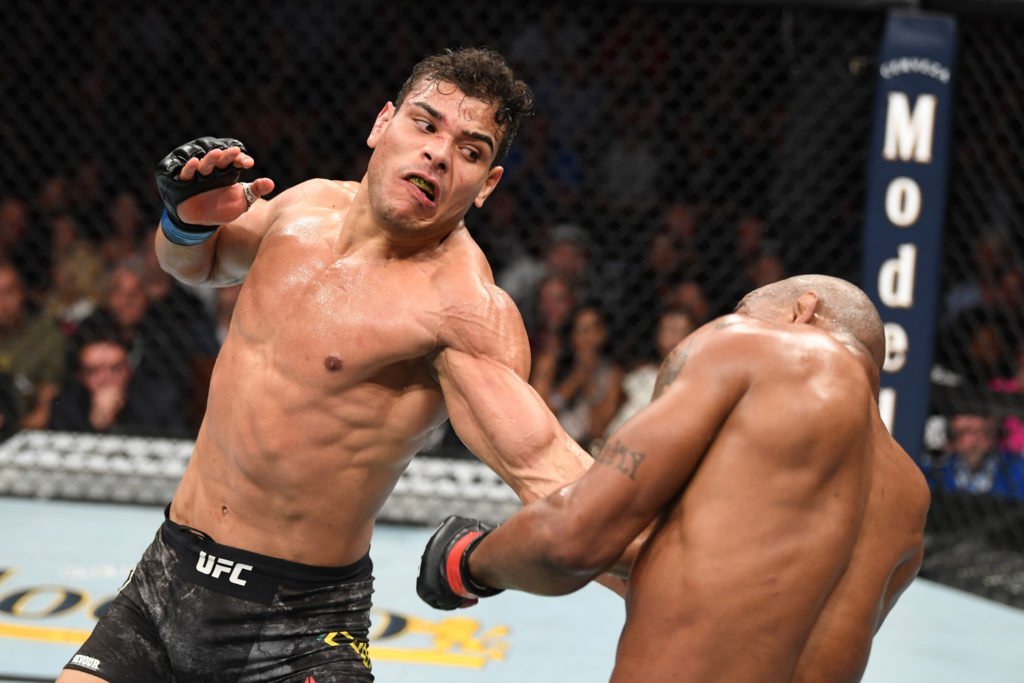 Costa (13-0 MMA, 5-0 UFC) will finally gets his chance to put hands on Adesanya (19-0 MMA, 8-0 UFC) after feuds that date back to 2018. Costa is slated to challenge for the middleweight title in the Sept. 19 pay-per-view headliner, which still does not have an announced location.

The two have been exchanging words and taking jabs at one another for years, but have yet to take their disdain into the octagon. Costa said the beef is real, and catalyzed by Adesanya’s repeated steroid accusations. Costa said things won't be square between the two with a single fight.

“Even after I knock him out, I will not shake his hand,” Costa said in an interview Wednesday. “It will be wild. It will be savage. … I believe in the second round (I will knock him out) because he will run a lot in the first round.”

When Costa and Adesanya clash at UFC 253, it'll be just the second time in UFC history that two male undefeated fighters compete for a belt. The first instance, Rashad Evans vs. Lyoto Machida, took place at UFC 98 in May 2009.

Together, Costa and Adesanya boast a combined for a 32-0 record, and barring a draw, one of the two will receive their first ever loss. Although no fighter previously has bested Adesanya, Costa is confident that he has a winning gameplan.

The Brazilian has proven to be a monster inside the cage, with all but one of his 13 career victories coming by stoppage. He believes that Adesanya’s past two opponents – Yoel Romero and Robert Whittaker – approached their fights against the champion incorrectly.

“I will not be staying and waiting for him,” Costa said. “I know he can run a lot, and that’s what he wants to do, what he usually does. I won’t wait like Romero did. I will hunt him inside the cage and close the distance and land my shots to his body and his face. … Don’t go so fast like Whittaker and don’t go slow like Romero. Make a balance. I think I am very different from both guys because I can pressure him every minute for the 25 minutes.

“I can keep the pressure very, very aggressive against him. I can push him at all times, and I have a lot of power in my hands, on my bones in my hands and kicks. Against him, I just need one shot to finish the fight.”

The wait for Costa has waited quite some time for his opportunity to take on Adesanya. He was the top challenger for UFC 248 in March, but biceps surgery prevented him from making the date. He said he’s healthy now, though, and intends to make Adesanya pay for all the negative comments he’d made about him.

“To Israel Adesanya I would just like to say: Don’t give up in this fight,” Costa said. “Let’s fight. It’s your time to fight me, to face me, and let’s see how many hits on your skinny body, skinny face you can get.”