You gotta hand it to him, Jorge Masvidal certainly knows how to stay busy. 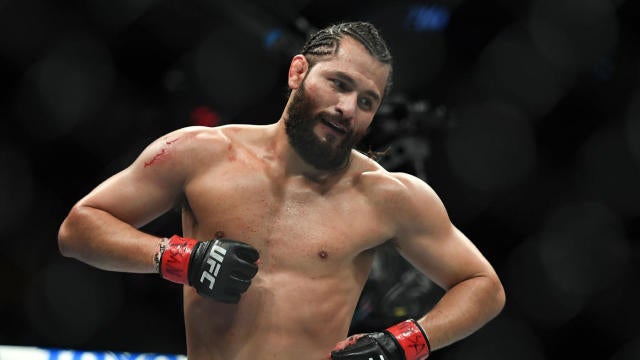 Masvidal is set for a one-on-one match against American Cornhole League champion Cody Henderson on Wednesday. Their matchup will air at 8 p.m. E.T. on ESPN 2.

To level the playing field, Masvidal will start the five-round “Grudge Match” with 15 points. First to 21 in five rounds wins a knockout. If no player achieves a KO, it will go to the judges (scoreboard) to determine winner by decision.

This isn't Masvidal's first foray into cornhole. The two previously competed in January at “Radio” Row for the Super Bowl in Miami. Henderson won round after round.

Masvidal is coming off a unanimous decision loss to welterweight champion Kamaru Usman at UFC 251. He has shown a desire for a rematch, but Usman is projected to defend his title against No. 1 contender Gilbert Burns next.

"In January 2020, superstars Cody Henderson (ACL Pro) and Jorge Masvidal (MMA Fighter) met on the Cornhole boards for the very first time on Radio Row in Miami, FL. The two enjoyed some friendly banter as Henderson showcased his skills to win round after round against Masvidal. Cody gave Jorge some tips on how to improve his technique along with some basic strategy for competitive cornhole. Jorge vowed to get better and be back to compete again.

"That day to compete again is Wednesday, August 5th, at 8:00 PM EST on ESPN2 as a special event within the Pit Boss Man and Woman of the Year Shootouts. This 5 Round Grudge Match will begin with Masvidal being spotted 15 points and if a player reaches 21 points by the end of the 5th Round, that will be considered a knockout. If no player achieves a KO by the end of 5th Round we will go to the scoreboard to determine the winner by decision. Jorge Masvidal says, “I have the fastest KO in MMA fighting history and now I am going for the fastest KO in Cornhole history. Cody will regret spotting me 15 points.” Cody Henderson states, “I respect Jorge’s skills in the Octagon and no doubt he would win every battle there. However, he is entering my arena, I plan to knock him out within the 5 rounds.”"