Former UFC and Strikeforce fighter Jason Miller has once again found himself cuffed and behind bars. 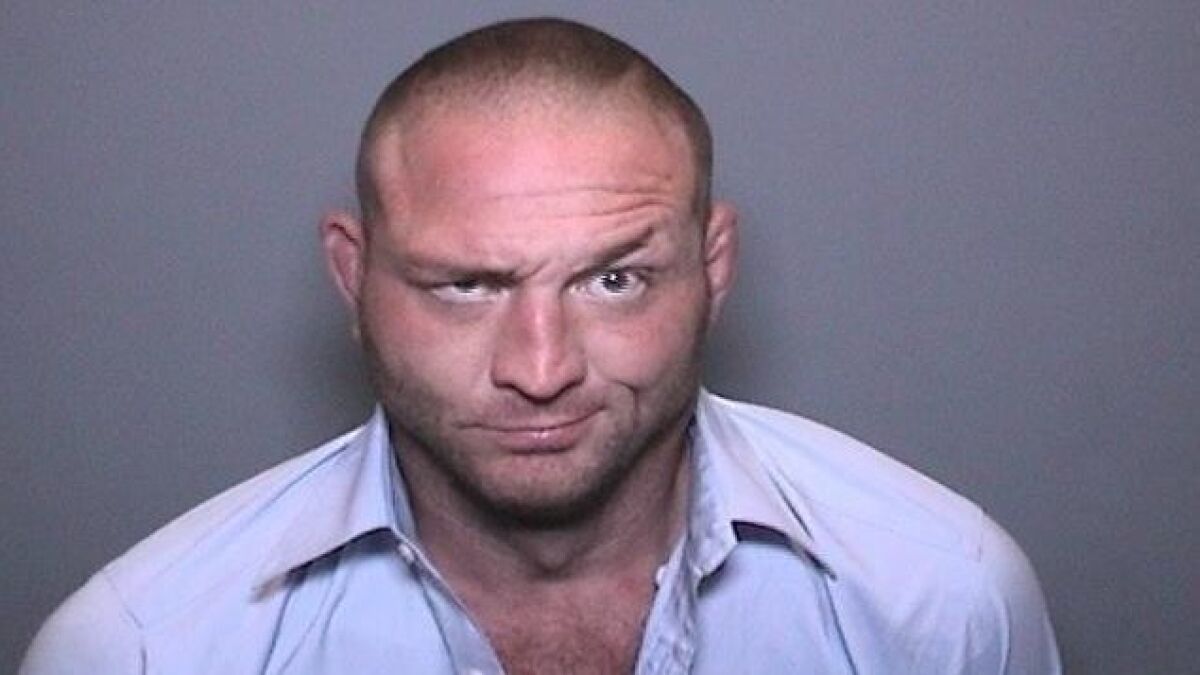 Miller, 39, was charged Tuesday after an alleged residential burglary and car theft against someone he knew in Irvine, Calif.

Miller, currently on probation for a domestic violence case, pleaded not guilty to felony counts of first-degree burglary, unlawful taking of a vehicle and grand theft auto. He’s currently jailed in nearby Newport Beach until a Sept. 2 pretrial hearing without bail .

This far from the first “Mayhem” run-in with the law. Most infamously, Miller barricade himself inside his home and live-tweeted a standoff with police attempting to serve him an arrest warrant in 2014.

Miller, 39, fought sporadically in the UFC, WEC and Strikeforce throughout his 13-year career. He last competed in May 2016, losing by second-round submission in a fight in Italy.