by Aleksandar Urdarevik on September 11, 2020
Conor McGregor says he's retired, but a visit by the U.S. Anti-Doping Agency (USADA) signals he might sitll be active. McGregor tweeted on Friday that USADA showed up to his yacht to collect a sample. The former UFC two-division champion hasn't fought since defeating Donald Cerrone at UFC 246 in January.

McGregor, despite having announced his retirement, is still in the testing pool, which means he is required to share his whereabouts with USADA via an app on his smartphone. He posted two photos in the tweet, one of the letter sent from USADA, the other of a testing kit:

What’s going on here @ufc? USADA have just arrived to my yacht this morning for testing?
I’ve retired guys!
But go on then, I’ll allow them test me. It’s all natural here baby!
Forever and always, God Bless 🙏
180km across the Mediterranean Sea tomorrow! LET’S GO!! pic.twitter.com/xjk0wvci0n

McGregor indicates that he'll follow through with the test anyways, and sent out another tweet to take a shot at Nate Diaz. McGregor has alluded to a trilogy fight with Diaz on social media on many occassions.

Moments after the conclusion of UFC 250 in June, McGregor tweeted that he was retiring from the sport because "the game just does not excite me." This is the third retirement-by-tweet in McGregor's career. 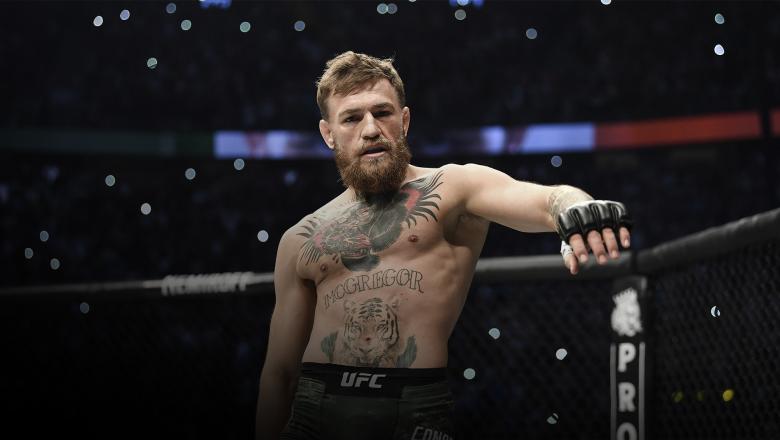 He first retired in March 2016, but then returned later that summer and defeated Diaz that August. McGregor also retired via Twitter in April 2019 and returned to face Cerrone earlier this year.

McGregor was on his yacht ahead of his participation in the Marathon Endurance Race, a 180 kilometer charity voyage that will have McGregor racing on a water bike from Corsica to Monaco.