UFC president Dana White has responded in defense of referees and judges after the altercation between Dan Hardy and Herb Dean. 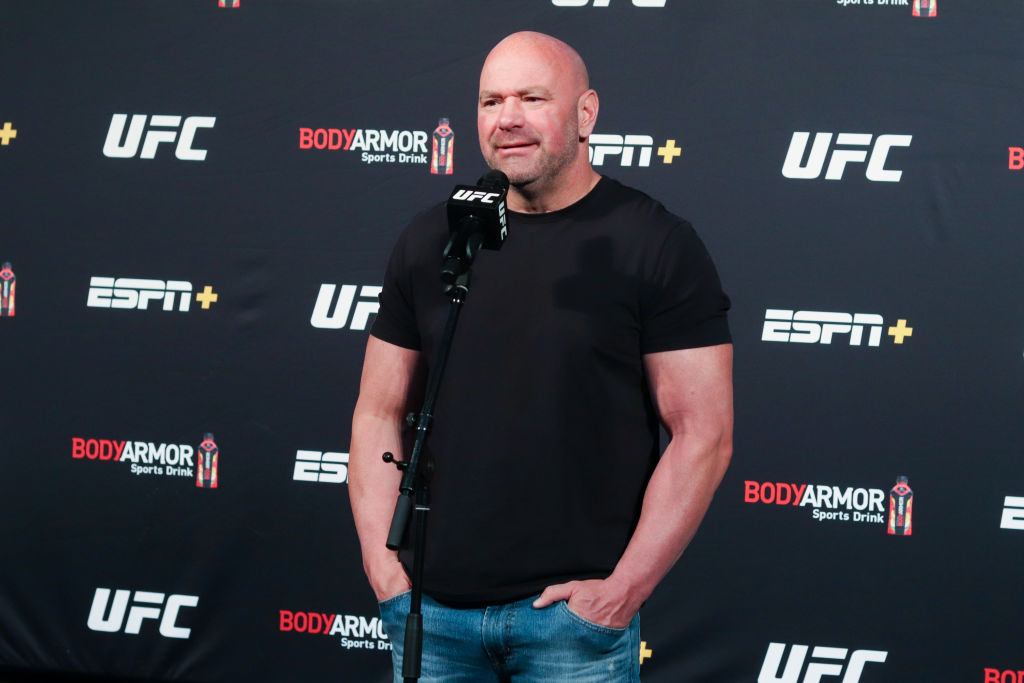 UFC commentator Hardy and veteran referee Dean had a verbal confrontation following an arguably late stoppage in Francisco Trinaldo’s TKO of Jai Herbert at UFC on ESPN 14. Now, White has drawn a line in the sand.

“I want to make this very clear: If you work for me, and you approach a judge or a referee or any type of official, I will fire you,” White told reporters on Friday. “You will lose your job. You will never work for me again if you do that. Nobody has the right to – listen, you want to criticize judges, you want to criticize referees, you didn’t agree with a decision or things like that – we love Dan. Dan got emotional. The problem is now with this setup it’s a lot easier to do. It’s a lot easier to interact with everybody, from the fighters to the refs to the media and everybody.

“If you work for me in any capacity,  and you approach a referee or judge or official, I will fire you that night on the spot. That can never happen here ever again.”

White did indicate he doesn't plan to take action against Hardy, but that he does plan to enforce a zero-tolerance policy moving forward. White also referred to Friday’s situation at the UAE Warriors 12 event in Abu Dhabi, where referee Marc Goddard was shoved and grabbed by a fighter who’d just choked his opponent but wouldn’t immediately release, leading to a disqualification.

White won't allow that type of conflict in his UFC, and his response to the Hardy situation is intended to make that stance clear.

“I’m speaking to [Hardy] right now,” White said. “I’m speaking to everybody. Don’t ever do it ever again. And if you’re a fighter, and you put your hands on or threaten any official, you will never, ever fight here again. Period.”